Head on Collision by The Silencers (Studio Version)


Haven't thought about these guys in awhile. Sad news....

Ermmm, no. But Al Gore is fat. 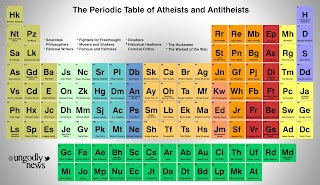 Informative, but where are elements Fs and Of???

Georgia is holding an on line contest to determine their new license plate! Help make "The Horses Ass" a reality!! 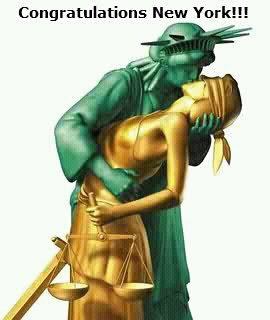 When will Pennsyltucky get with the times??

Cop killer guilty on all 28 counts.

After Richard Poplawski was found guilty on all 28 counts against him, including three counts of first-degree murder, Pittsburgh police sprang into action.

They lined one wall of the Courthouse and stood in silent scorn as sheriff's deputies marched the puffy-faced, glazed-eyed defendant past in chains.

Then they shifted to another hallway, to greet the families of the slain officers with hugs.

Voting Is A Right, Not A Privilege

Is it any wonder that Daryl Metcalfe, The Shame Of Butler County, is behind this?

The state House signed off on a voter identification bill Thursday after nearly 10 hours of sharply partisan floor debate over three days, sending the legislation to the Senate for consideration.
House members voted 108-88 to pass the divisive bill, which would require most voters to show photo ID before casting a ballot. Sponsor Rep. Daryl Metcalfe, R-Cranberry, said the measure is necessary to cut down on "significant voter fraud plaguing Pennsylvania's elections."

Significant voter fraud? You can count the number of voter fraud instances in PA with one hand.

It's reasonable to request some proof from a first time voter to ensure that he is who he says he is, but that can be done in many ways aside from a photo ID. After that, request for a photo ID at the polls amounts to a "Your papers please" demand.

Figures published periodically by the New York University School of Law show black, Hispanic and Asian voters are 5 to 10 percent more likely not to have the ID necessary under voter ID laws.

And that's the REAL reason Republicans are pushing for these voter ID laws, as those demographics are more likely to vote Democratic.

I think SteveM at Balloon Juice is spot on.

Voters, especially swing voters, regularly tell pollsters they want the parties to compromise and negotiate like grown-ups, not act like stubborn children.
The problem is, those same voters also think that if Democrats can’t somehow persuade Republicans to negotiate like grown-ups, then they’re equally at fault. So it’s a wash. And Republicans know it’s a wash. So there’s no downside for them in acting like stubborn children.

I've typed for years that its pointless to negotiate with Republicans, because Republicans simply aren't interested in negotiation and compromise. Its their way or the highway, while Democrats continue to act as if the idea of the Political Grand Bargain still exists.

Nearing the end of June and the Pirates are just three games out of first? Who'd have thunk it? Worried about the next three games though, Boston ain't gonna be easy.

I haven't listened to WDVE in years, but this made me giggle.

"Tell my wife and kids that I love them"

Huh. And all these years, I'd been calling them hobos.

This made me giggle.

The Truth About the Economy 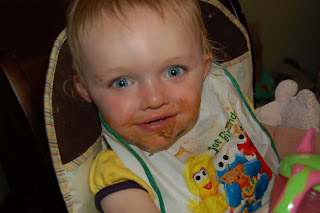 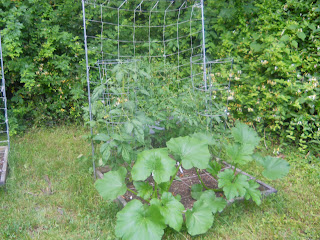 One of the boxes. This one has squash, pumpkin, basil and tomatos. 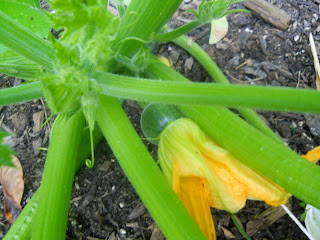 Start of a squash 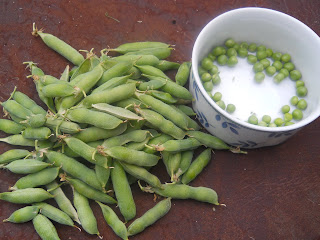 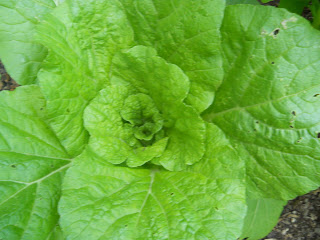 I saw this over at The Friendly Atheist and just had to share.

On Being A Dick

I'm in a flame war on Facebook concerning this issue. In a nutshell, a young woman graduated early from North Allegheny school district, joined the Marines, and completed boot camp. She wants to walk across the stage in her dress blues to accept her diploma. On a personal note, I have no problem with this. Unfortunatly, N.A. has a policy: Caps and gowns ONLY. She decided to make an issue of it, and Marty Griffin ( a guy who is lucky to have a broadcasting job based on his past record of costing his previous employers millions of dollars due to his shoddy reporting) went and ran with it. As a result, N.A. decided to make an exception, and the young woman will be allowed to walk across the stage in her dress blues. I have no problem with that, BUT, because the school board made under pressure, an exemption, then they must entertain and allow ALL exemptions. If a student wishes to get their diploma dressed as The Hulk, the District must now allow it, or face the envitiable lawsuit.

UPDATE: Aaaaannnddd...after all the drama on the radio, back and forths on social networking, and comments on websites...she's decided to go with the cap and gown.

And no one is doing anything about it.

Shouldn't Be An Issue

I'm not a fan of Mittens, but really, his personal religious beliefs shouldn't be an issue or a barrier to him holding elective office, as long as he doesn't use the office to attempt to force his particular religious views on others. I find the conclusions from this poll disheartening.


The nationwide survey asked voters to rate their comfort levels with the faiths of presidential candidates: Eighty-three percent said they were entirely or somewhat comfortable with Roman Catholics, 80 percent with Jews, 67 percent with evangelical Christians and 60 percent with Mormons.

But 36 percent said they were uncomfortable with Mormons. Only atheists and Muslims drew higher discomfort ratings.

What Is It With Some People??


This loon sees phallic symbols everywhere. He seems to have a particular obsession with Denver's airport. Love the titles he gives himself as well.

Thank goodness this illegal shipment was intercepted! No telling what
Kim Jong Il would have done with these dangerous items.
# posted by Ol' Froth : 10:50 AM | 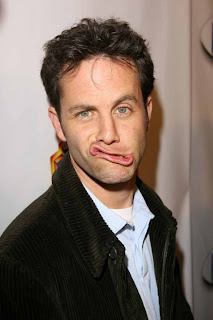 Kirk Cameron's attorney thinks he can get people to stop posting this picture if he threatens them (supposedly, Cameron is mocking Stephen Hawking by imitating him in this photo, but I know of no way to confirm that, he's probably just mugging for the camera and making a silly face). In any event, in the Internet age, having your hired gun try and stop people from publishing a picture of something you did publicly is just going to guarantee that the image is spread far and wide. See the "Streisand Effect."

A decade of fiscal disaster.

For the same price as the Bush tax cuts, which did little to help the economy, we could’ve sent tens of millions of students to college, retrofitted every household in America with the capacity to generate alternative energy, hired millions of firefighters and police officers, effectively ended our national shame of having kids who lack health care coverage, or put millions of more teachers into classrooms. But instead, Congress passed budget-breaking tax cuts, and then went on to pass even more in 2003. In 2010, Congress then went on to renew the Bush tax cuts for an additional two years, and the political will for the sort of public investments listed above appears to have dried up.

In the grand scheme of things, this isn't the crime of the century, but when will politicians figure out that A: Doing stupid shit will bite you in the ass, and B: Lying about it makes it even worse. And who in the 21st century thinks that sending inappropriate, unsolicited pictures to young women is an option? 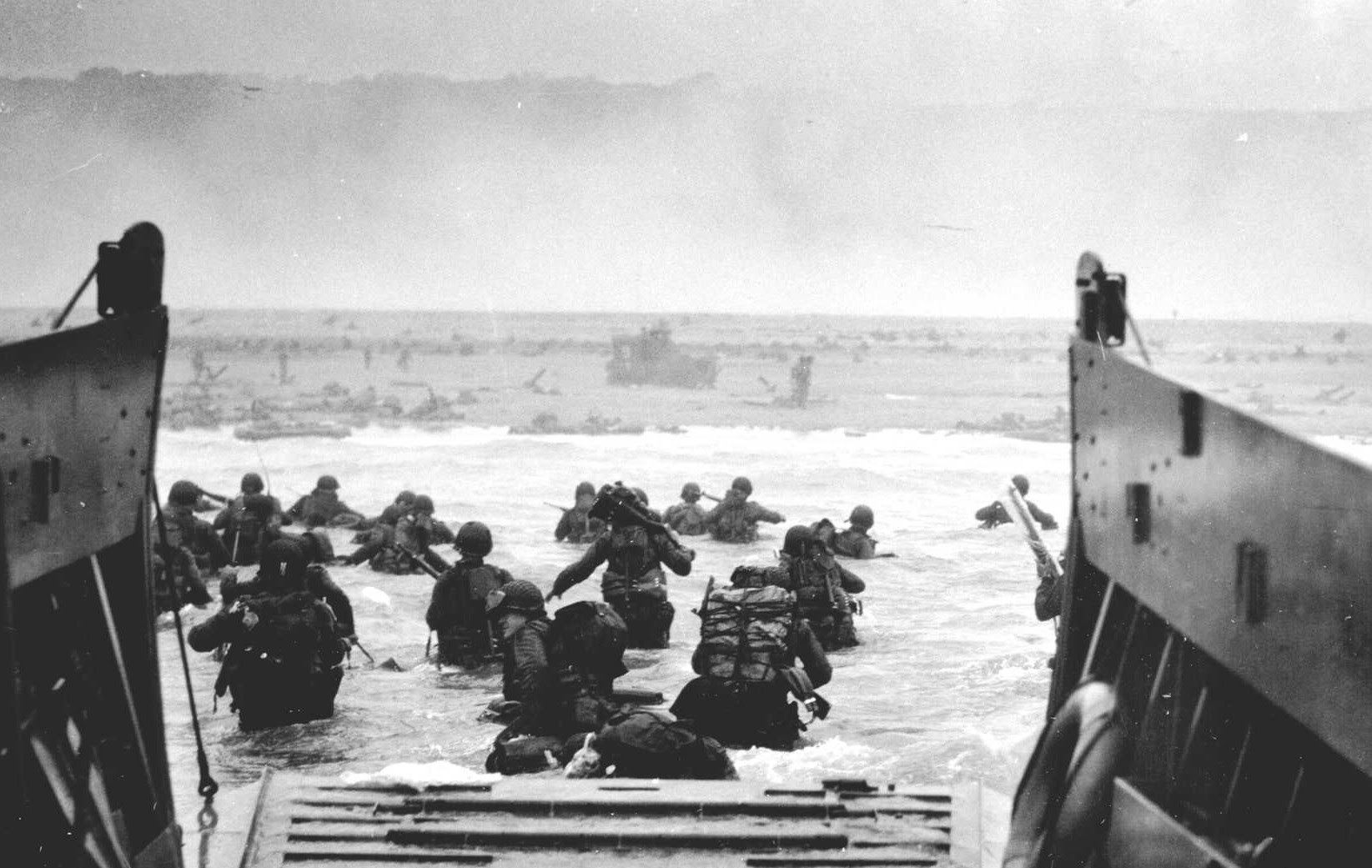 Interesting what gets attention and what doesn't. Many times, posts of mine that I don't put much thought into, just kind of riffing on a story I might have read or seen, get the most traction, while oftentimes things that I put considerable time and effort to fall flat.

Such is the way of things.


Bought a rabbit at the farmer's market today. This seems appropriate.

Very disturbing story here about a teenager who was taken from her house by strangers in the middle of the night and sent to a Utah "school" for the "crime" of being gay.

Many of the "schools" of this type (including the facility cited in the above story) are affiliated with C.R.C. Health Group, which is affiliated with Bain Capital. One of Bain Capital's founding partners was....Mitt Romney. A good chunk of change helping to fund Romney's 2008 run came from operators of these "schools," and a top fundraiser either resigned or was forced to leave Romney's 2008 campaign when the connections were revealed.

A Win For The Little Guy

Two burly Collier County sheriff’s deputies and a homeowner’s attorney strode into the Bank of America branch on Davis Boulevard in Naples with a court order and an ultimatum for Manager Erich Fahrner.

Fahrner’s choice: Write out a check for $2,534 in attorney’s fees for the couple wrongfully slapped with a foreclosure lawsuit by the bank, or a William C. Hoff Storage moving crew waiting outside would start hauling out furniture to be sold at public auction.

“I’m leaving the building with either cash, a check or a whole lot of furniture,” attorney Todd Allen said just before walking in.

Its unfortunate that this couple had to take this step to force BoA to do what a court ordered them to do in the first place.