I think it bears mentioning that the protests have been generally peaceful.  Most of the rioting and property destruction were carried out by people outside the BLM movement; anarchists and their ilk on the left, and boogaloo bois and their allies on the right.  But keep in mind that those on the left have killed no one, while those on the right have killed three people so far, and have used the protests as cover to kill a law enforcement officer.

UPDATE:  I typed too soon,  It appears that a pro-Trump protester was shot and killed in Portland last night.

Is everyone associated with Dolt45 in on the grift?

Top DHS officials were regularly diverted from dealing with genuine security threats by the chore of responding to these inappropriate and often absurd executive requests, at all hours of the day and night. One morning it might be a demand to shut off congressionally appropriated funds to a foreign ally that had angered him, and that evening it might be a request to sharpen the spikes atop the border wall so they’d be more damaging to human flesh (“How much would that cost us?”). Meanwhile, Trump showed vanishingly little interest in subjects of vital national security interest, including cybersecurity, domestic terrorism and malicious foreign interference in U.S. affairs.

Every time I think he cannot get any more inept or cruel, he proves me wrong.

A Stopped Clock IS still Correct Twice A Day

I don't care for McArdle's writing, but she's absolutely correct here:  People who focus on the "survival rate" from Covid-19 as a rational to press for a full reopening (or just to be maskholes) fail to consider the long term health problems many survivors have.

Trump gets peed on by his former fixer.

“From golden showers in a sex club in Vegas, to tax fraud, to deals with corrupt officials from the former Soviet Union, to catch and kill conspiracies to silence Trump’s clandestine lovers, I wasn’t just a witness to the president’s rise — I was an active and eager participant.”

I don't care what you think about mail-in voting. I get my prescriptions by mail. All of my bills arrive by mail. While I pay most of my bills online, there are some that I have to use the postal service for. Deliberately slowing the mail to torpedo mail in balloting is also torpedoing my health and my credit score.

In an interview on Fox Business on Thursday morning, Trump also said of the money Democrats have requested to help states and the Postal Service ensure that mail ballots are delivered and processed in a timely fashion: “Now they need that money in order to make the post office work so it can take all of these millions and millions of ballots ... But if they don’t get those two items that means you can’t have universal mail-in voting.”

So to summarize: Trump says an election in which too many Americans vote by mail would be illegitimate, so he’s doing everything he can to make sure that the Postal Service can’t handle the huge numbers of ballots it will have to deliver.

Those were words I never thought I'd type, but he is.

...the former Ohio governor argues that, if one thinks Trump is a threat to the republic, it is not enough to stay home or write in a third party. “I’ve had enough of this. I’ve had enough of the division and everything else, and not getting anything done,” Kasich said. “So, to just sit it out again and say well I’m not going to be for Trump and not lend my support to somebody, I — it doesn’t make sense for me this time around.” You can either accept Trump as the new normal, or you can recognize he is a dangerous detour into unhinged populism and unfit for the job.

Jennifer Rubin wonders if we even need a Republican party anymore.

"In anticipation of President Trump’s loss in November, there is a cottage industry of speculation about the fate of the post-Trump Republican Party. The New York Times’s David Brooks pines for a Republican Party without racism, anti-government animus or unbridled faith in free markets. (The technical term for that might be “the Democratic Party.”) ...

Trump cultists and the proponents of zombie-libertarianism continue to drive the party into the ground, relegating it to a regional party of dead-enders. Maybe the real question is not what the Republican Party will believe and who will support it, but whether we need it at all. Perhaps there is no morally, politically and intellectually decent party of the right to be had."

I really can't add much to her argument.  As they say, read the whole thing.

This is a long piece, but well worth your time reading, as it outlines Trump's utter incompetence in dealing with COVID-19.

We Are A Deeply Stupid Nation

I'm amazed that people actually need to be told to not drink hand sanitizer.

Seniors, Trump Is Not Your Friend

I harvested the onions today.  I love the cippolini onions, so that's what I grow. 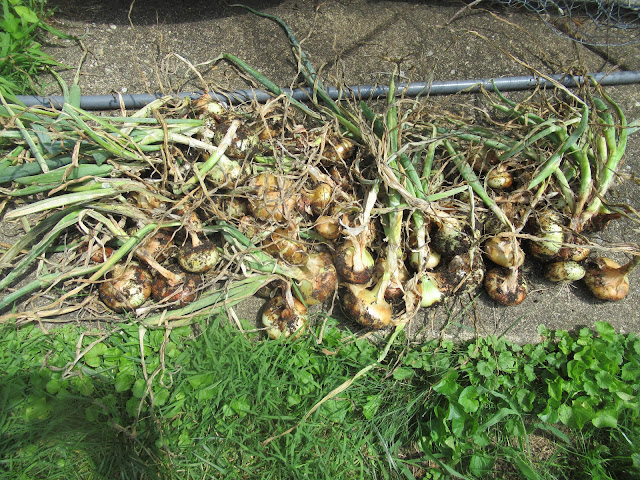 This is a pretty big development.

The chief executive of the National Rifle Association and several top lieutenants engaged in a decades-long pattern of fraud to raid the coffers of the powerful gun rights group for personal gain, according to a lawsuit filed Thursday by the New York attorney general, draining $64 million from the nonprofit in just three years.

In her lawsuit, Attorney General Letitia James called for the dissolution of the NRA and the removal of CEO Wayne LaPierre from the leadership post he has held for the past 39 years, saying he and others used the group’s funds to finance a luxury lifestyle.

She also asked a New York court to force LaPierre and three key deputies to repay NRA members for the ill-gotten funds and inflated salaries that her investigation found they took.

Its important to remember that this lawsuit is about fraud.  It has nothing to do with the 2nd Amendment or gun ownership.   Attorney General Letitia James is accusing LaPierre and his lieutenants with stealing money from the membership.

That said, I'm positive this will be framed by LaPierre's defenders as an assault on gun owner's rights.

This year's haul of garlic. 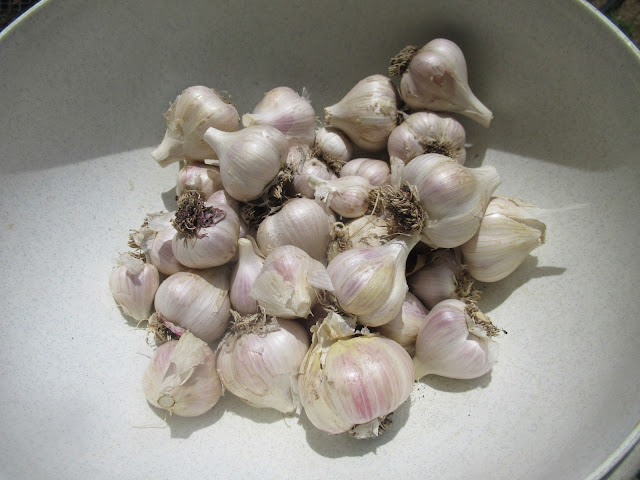 If all goes well, by this time next year, this 4x4 box will be filled with garlic ready to harvest. 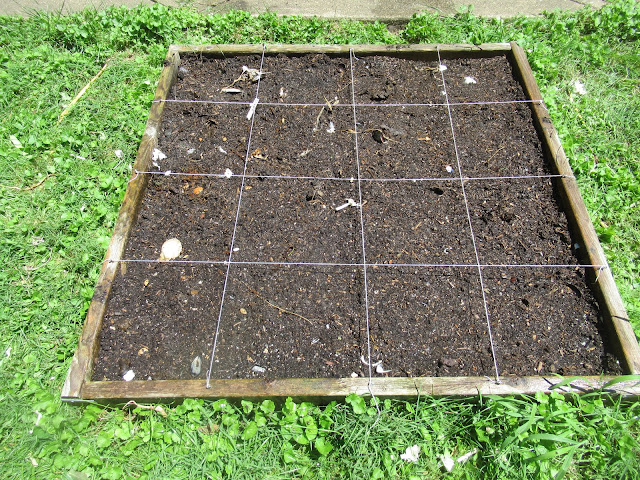