I can unerstand why the hospital didn't want these physcians to take on new patients, but to screw over the existing patients was just cold, cold, cold.

A number of years ago, a very nice Italian woman gave me some Grifola Frondosa, AKA Hen of the Woods. Ever since, I've been hooked on wild mushrooms, but I've been far too timid to go hunt them myself, because if you get the wrong shroom, IT WILL KILL YOU!

So Mary and I hooked up with the Western PA Mushroom Club! The first meeting was Tuesday night, and as an unexpected bonus, we got a couple of kits to grow our very own crop of oyster mushrooms! Enjoy the pics, and I'll keep you posted on how they come out! 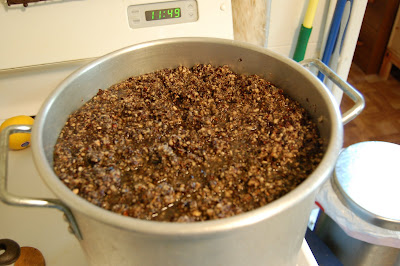 The first step was pasturizing the medium, which happened to be cottonseed husks. Now what they didn't tell me was that these critters absorb a hell of alot of water! It took me 45 minutes to get the goo to come to a rolling boil. At some point during the process, I realized that I was stirring a big pot of argricultural waste. 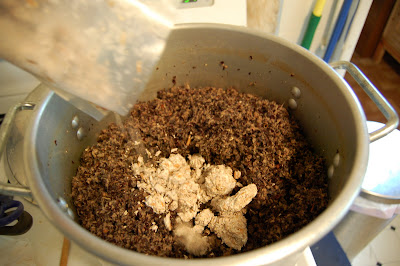 Here comes the spawn! You know, I never thought I'd type the word "spawn" in a positive sense. The cotton goo has cooled down to room temperature at this step. 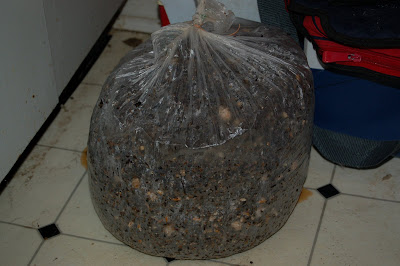 And here's the bag of fungus infused garbage! Hopefully, we'll have tasty shrooms in about three weeks or so. We'll keep you posted! 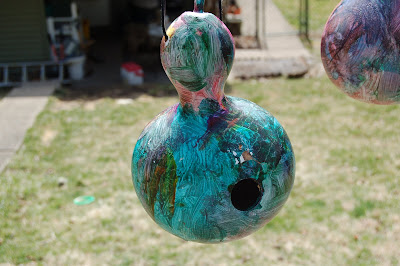 You know, for two year olds, they did a pretty good job! I shellaqued them this afternoon, so they'll be ready to go home with the kiddies Tuesday. 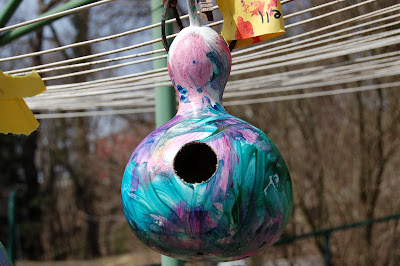 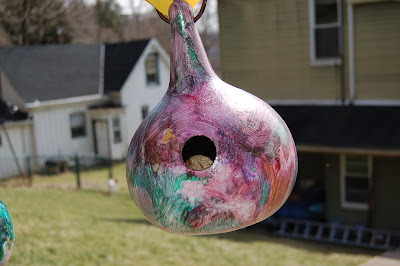 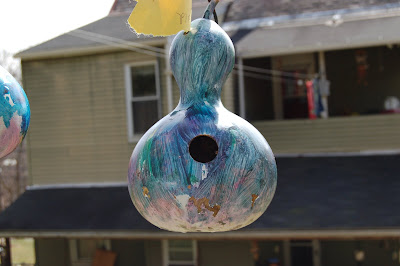 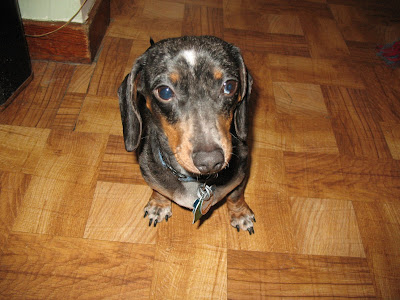 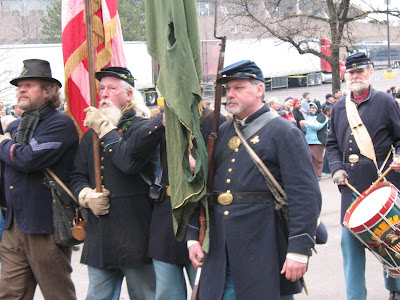 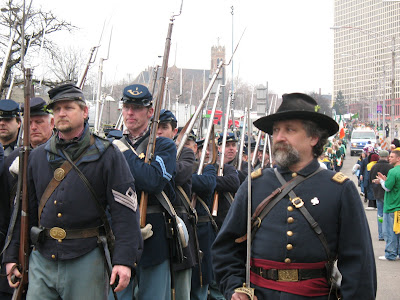 Starting down the parade route. 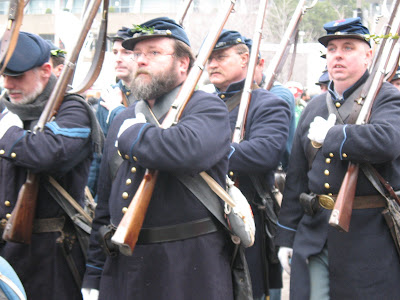 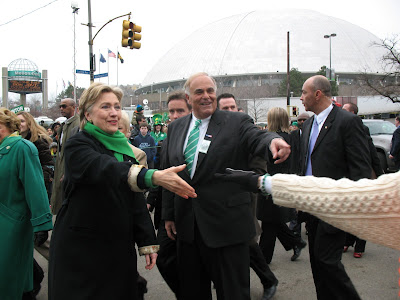 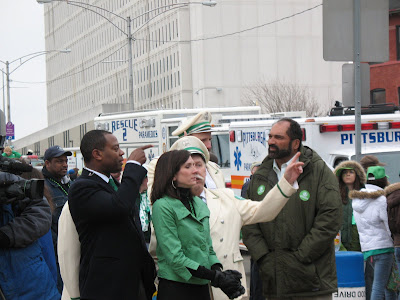 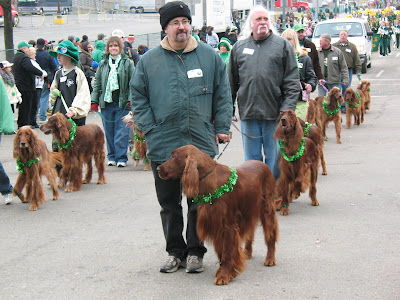 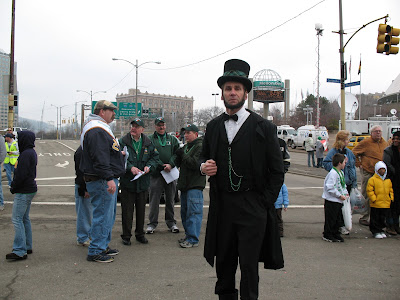 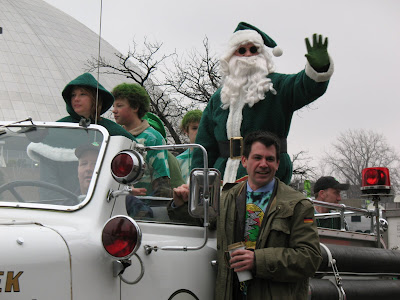 Santa is looking a little green around the gills. 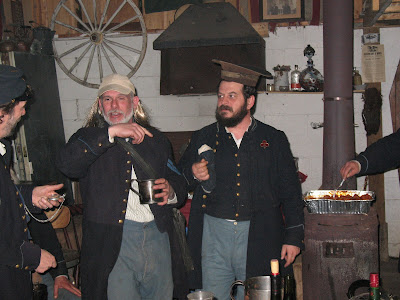 Paddy and James "Hall" it up during the post-parade festivities. 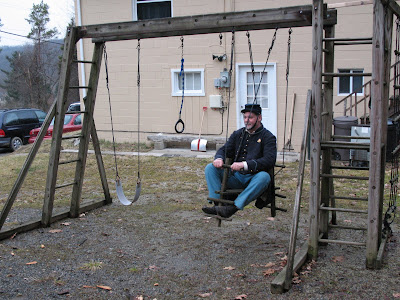 After a hard day's march, Gus relaxes by imagining he's in the cavalry. 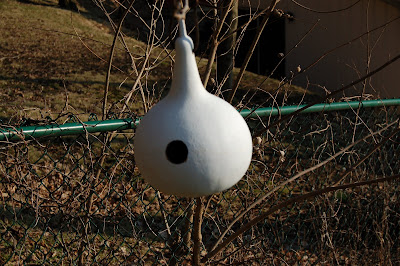 I grew hardshell gourds last year, thinking we could make a few birdhouses this spring. Well, we had a bumper crop. I have dozens of gourds curing in the attic, and no idea what I was going to do with all of them. Anyway, a few days ago, The Better Half mentioned that they were studying birds this week at the preschool where she teaches. The lightbulb appeared over my head. "Hey honey, why don't you take some of those gourds in the attic and let the kids make birdhouses?" Great idea, until I realized that I was the one tasked with cleaning, drilling, and priming the birdhouses for little hands to paint. Here's one of the finished products. The tykes will paint them, after which wifey will bring them home for me to varnish, and then the toddlers will take them home for their parents to place in the yard for our feathered friends.

I'll post a pic or two of the finished gourds. Just be kind, these are two year olds who will be painting.

I find this hilarious.

...his brother ran an experiment on him and four other audio aficionados listening to a new CD from a new group blindfolded. Seven different songs were played, each time heard with the speaker hooked up to Monster Cables, and the other time, hooked up to coat hanger wire. Nobody could determine which was the Monster Cable and which was the coat hanger. The kicker? None of the subjects even knew that coat hangers were going to be used.

Back in my days as a salesman for a large national electronics chain, I would try to convince people that no, they didn't need the 8 gauge speaker wire unless they were pushing incredibly high power (higher than anything we sold) or speaker runs that were miles long. And no, for most home applications, you don't need the gold plated connectors. The "regular" connectors and the zip cord are just fine. Of course, the audio snobs scoffed (why they were in that store in the first place is beyond me) and the manager didn't like me pushing the low margin shit, but I have a thing about ripping people off. Most people ignored me anyway, but its nice to be vindicated.
# posted by Ol' Froth : 4:01 PM | 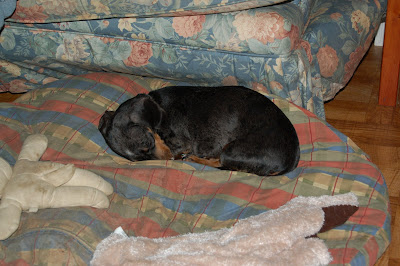 At least three times a year, I head to Gettysburg for the weekend. In addition I usually make two trips to the D.C. area and an occasional trip to Philadelphia. While I enjoy my time at these places, getting there has always been a pain. U.S. Route 30 is a windy, often narrow and hilly highway, so by the time I get where I'm going, I'm ready for dinner and bed.
But recently, I've seen these ads on TV for something called a "turn-pike." Its some sort of "super-highway" with no stop lights or cross traffic! And I can supposedly hurtle along it at an additional 25-30 MPH faster than I can on Route 30! Why, along a road like that, I could get to Gettysburg in time to do some sight seeing upon arrival, instead of just finding the motel and headed to bed! Sure, you have to pay a toll to use it, but it should be worth it, balanced against the time savings.
I looked it up on the various intertubes and learned that this wondrous road was built on an old railroad right of way. Thank goodness the people who operate this miracle route decided to invest some money in advertising, or else I'd never had known it existed!

Sarcasm aside, I know why the Turnpike Commission is advertising, but wouldn't that money be better spent on further improving the road, rather than patting themselves on the back and attempting to influence Harrisburg?

I make it a point to try and pick up at least one piece of litter a day. I figure if everyone did this, we wouldn't have a litter problem. As part of my effort, I decided to document (and pick up) the litter on my street. I managed half a block before my medium sized plastic garbage bag was filled. Guess I need either a bigger bag, or take more bags with me (and my street is only 2 blocks long).

All litter is unsightly, but in some cases, these litterbugs are literally throwing money away. Aluminum cans, for example. About 22 empty aluminum cans equals a pound, and I get anywhere from 60 to 75 cents a pound for cans at my local scrapyard. A large plastic yardbag filled with crushed aluminum cans nets me anywhere from 18 to 20 dollars once I fill it, and I keep a large trash can out back just for cans.

So there's some incentive. If you don't like looking at what the pics below represent, your efforts can yield a little extra pocket cash. Grab a bag, and start picking up! 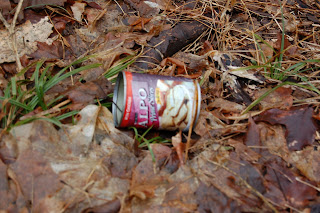 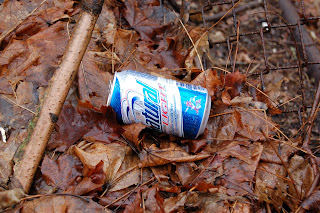 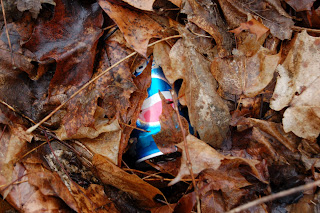 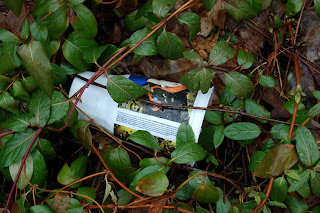 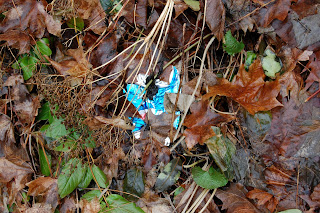 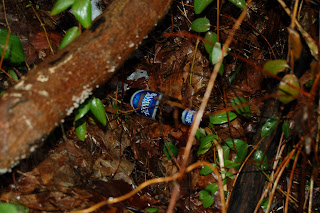 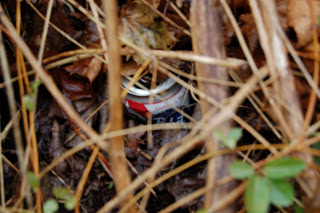 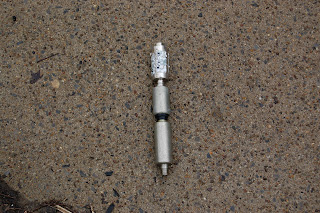 This tune popped up on WYEP today...I have it on vinyl, but not CD, so I've not heard it in awhile. Really need to upgrade some of my collection.