Just Another Day in Trumpworld

In normal times, this would be a major scandal.  In these times, its Tuesday.

A legal complaint filed Tuesday with the Federal Election Commission alleges that the Trump campaign and an affiliated fundraising committee have not properly reported nearly $170 million in campaign spending that was done through firms that paid subcontractors on behalf of the campaign.

The Campaign Legal Center, which advocates for greater regulation of money in politics, alleged in the complaint that payments made by two firms that were set up and run by former campaign manager Brad Parscale should have been reported to the public because the ultimate recipients of the payments effectively worked for the campaign.

Under campaign finance law, campaign committees must publicly disclose the names of firms and people they are paying. These firms are not required to disclose payments they make to others as long as they are not simply acting as a conduit for payments to avoid public disclosure.

Things Are Getting Dangerous

We're sitting on a powder keg.

Louisville police closed streets and set up barricades to help separate members of the NFAC (Not F***ing Around Coalition), an Atlanta-based Black militia, from those of far-right "Three Percenter" militia groups vowing to show up in response.

At least 100 NFAC members lined up in a park a few blocks from downtown before marching to a protest where Black Lives Matter activists and the Three Percenters were being separated by a police barricade of about 40 officers in riot gear.

Iron Eyes Cody was an Italian-American who was born in Louisiana, and not a Native American.

As We Gear Up For Baseball In These Strange Times

This article is a month old, but its important stuff.

Many People Write Much Better Than I Do.

I do not do well in the heat.  After suffering from heat exhaustion several years ago, I've only gotten worse when it gets above 85 degrees.  We're having a sustained heat wave with temps in the upper 90's.  This is not normal for Pittsburgh.  I may have to move to Hudson Bay. 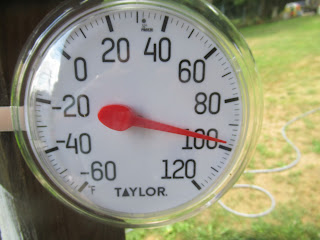 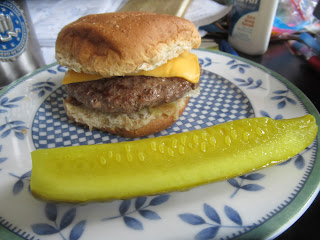 Haven't felt like writing for sometime, and I got tired of the other platform, so I'm back here on Blogger.