That's What I've Been Saying

Krugman opines on what I've been typing for years.

Many members of the commentariat don’t want to face up to the fact that this is what American politics has become; they cling to the notion that there are gentlemanly elder statesmen on the right who would come to the fore if only Obama said the right words. But the fact is that nobody on that side of the political spectrum wants to or can make deals with the Islamic atheist anti-military warmonger in the White House.

But it isn't just Obama. The Republicans simply aren't interested in reaching any sort of compromise with any elected Democrat, especially if that Democrat happens to be the President. It's their way or the highway, and if a Democrat does happen to get elected, its because of "voter fraud" or "union thugs" or whatever the excuse of the moment happens to be. They've been doing it for years.

Florida Republicans claim the laws that Jill Cicciarelli "violated" are there to prevent "voter fraud," a virtually non-existent problem. On average, based on the latest information I can find, less than 4 people a year nationwide are convicted of voter fraud.

Someone threw an IED (most likely a drain cleaner/aluminum foil bomb)into the encampment of the Occupy Maine protesters.

Portland police Sgt. Glen McGary said the bomb was thrown into the camp’s kitchen, a tarped area where food is cooked and served. Protest organizers said the explosion lifted a large table about a foot off the ground.

Luckily, no one was seriously injured.

But again, whatever works for you, so long as you're not harming others or forcing others to live by whatever your particular sect dictates.

Last month, a Time Warner Cable customer service rep died at her desk. After any unexpected death, people searched for answers, explanations, someone to blame. But in this case, there may have actually been something foul afoot. A local news station reports that after a co-worker began giving CPR to 67-year-old Julia Nelson, a supervisor allegedly told her to stop and "get back on the phone and take care of customers."

This post by David Atkins over at Hullabaloo is, I think, a fair assessment of how far apart we are as a country, between left and right.

We are now a nation hopelessly divided. On one side is a large faction of people who understand that the financial classes and the super-wealthy are mostly a parasitic class; that the middle class has much more in common with the poor than it does with the wealthy; that workers produce wealth, and that demand produces prosperity; that poor communities are disadvantaged not by the inherent failings of their people but by the oppressive nature of their circumstances; and that we humans and creatures of this earth are all in the same boat together.

On the other side is a large group of people who believe that over half of Americans are parasitic dead weight who should not be allowed to vote; that the interests of the middle class are aligned with the interests of hedge fund managers; that only a select few very wealthy people produce society's goods; that poor communities are poor through their own moral failings; and that the society's "producers" should behave however they please to people and creatures unfortunate enough to find themselves at their mercy.

And in the middle are about 20% of Americans paying too little attention to have much of an opinion either way.

Good thing the Republicans are getting the gub'mint off our backs!

The law states those who buy or sell second hand goods are prohibited from using cash. State representative Rickey Hardy co-authored the bill.
Hardy says, "they give a check or a cashiers money order, or electronic one of those three mechanisms is used."

Luckily, the vast majority of the poor have excellent credit so they'll be able to use plastic while buying used clothing at the Goodwill.

Will They Ask For A Refund?

In the press release announcing the results, Muller said, "Our biggest surprise was that the new results agreed so closely with the warming values published previously by other teams in the US and the UK." In other words, climate scientists know what they're doing after all.

Good piece here from Ed Brayton on liberty and democracy.

That tyranny can be implemented democratically should be obvious, especially in this country. All of those laws that threw gay people in jail for centuries were passed by democratically elected legislatures. Same with laws against interracial marriage. And the same with all sorts of authoritarian laws passed by Congress all the time. Democracy provides very little protection against tyranny and sometimes even encourages it.
That’s the whole point of having a Bill of Rights that attempts to put individual liberty out of the reach of elected legislatures.

Its The End Of The World!!

The world is supposed to end today. How are you marking the occassion?

On a more serious note, how many people gave away their money and possessions because they took that crank seriously?
# posted by Ol' Froth : 5:16 AM |

I am having immense difficulties posting the past few days, posts show up hours, sometimes days after I hit "Publish Post," and sometimes I cannot post at all from my computer, having to save, and then switch to another machine to actually get the saved post to publish, so I'm in the market for a new blogging platform. Any suggestions?

Media is stupider for giving this nonsense any sort of traction.
# posted by Ol' Froth : 6:43 PM |

Sorry for the lack of posting over the last few weeks. Things have been a bit busy in meat space.

Gotta wonder when our local sports writers are going to get it through their skulls that this team hasn't been good for 30 years.

I'm not an Apple person, but the man had an impact on the way most of us do things.

There's a fun little questionaire over at Beliefnet that determines your religious "fit" by a percentage score, and then ranks how your views fit with major religious traditions on a descending percentage scale. Not suprisingly, it listed me as 100% secular humanist. Here's my ranking:

It certainly isn't perfect, I really don't see how a 20 question survey can tell all that much about you, but its a fun little diversion. If you want to take the Belief-O-Matic test, click here!

I'm amused that Roman Catholicism, the faith I was raised in, is second from the bottom. Guess the nuns didn't beat me hard enough. 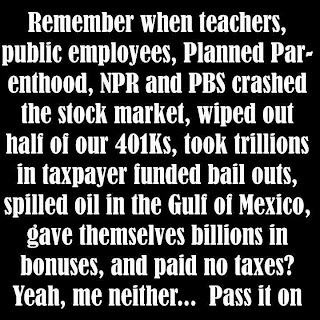