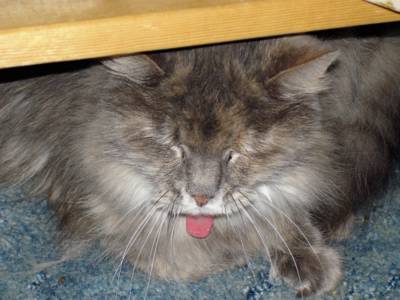 Smokie lets me know she doesn't like being photographed!

Another Sunday evening, and another restaurant adventure for Ol' Froth and Llipgh! This time, it was off to Sushi Tomo on McKnight Road. We pulled in around 8:30, which was lucky for us, since the place closes at 9 on Sunday. No problemo, we were seated, and quickly serviced.

It's a sushi place, with a very nice sushi bar, but it also has a full Japanese menu. I opted for a sushi appetizer, and the chicken tempura. Llipgh had the pork dumplings for starters, and the chicken udon. I had the big-ass can of Sapporo, and Llipgh opted for club soda.

My sushi appetizer included tuna, fluke, shrimp, and salmon. It was very good, and as usual, I used up all my wasabi. I stole a pork dumpling, and it was wonderful!

The dinners came with miso soup and a salad with ginger dressing. The soup was different than most misos I've slurped. This one was much more robust, with a smokey flavor that was very appealing. Llipgh is the only person I know sloppier than me, and half her soup wound up on the placemat. Ginger dressing is great, but typical of Japanese establishments, it was served over iceberg lettuce with a few cucumbers tossed atop.

On to the tempura! Seven HUGE pieces of chicken, arranged atop a fanned wad of fried vermicelli. It was great! The tempura batter was very light, completely coating the fried fowl. Far more than I could eat, and I wound up taking four pieces home. I sampled Llipgh's tureen of udon noodles and chicken. Wonderful texture in a fantastic sauce!

I love seafood, and I have a complaint about how just about every restuarant serves shrimp. They leave the damn tails on! It is next to impossible to remove the tail from the shrimp without shooting it across the diningroom. I am not going to reach into a plate of scampi to remove the tails with my hands, and get butter and olive oil all over. Hey chefs! You leave the tails on shrimp cocktail to use as a handle. In a cooked dish of pasta, please, please, de-tail the things! 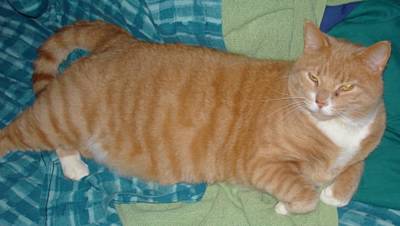 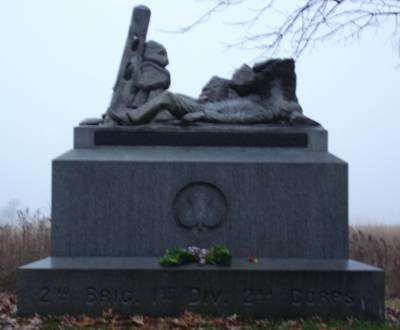 "The dead of the One Hundred and Tenth Pennsylvania Volunteers lay directly in front, on the ground which that command had vacated but a half hour before, and one young boy lay outstretched on a large rock with his musket still grasped in his hand, his pale, calm face upturned to the sunny sky, the warm blood still flowing from a hole in his forehead and running in a red stream over the gray stone. The young hero had just given his life for his country."
-St. Clair A. Mulholland, commander of the 116th PA- From The Story of the 116th Regiment, Pennsylvania Volunteers in the War of the Rebellion 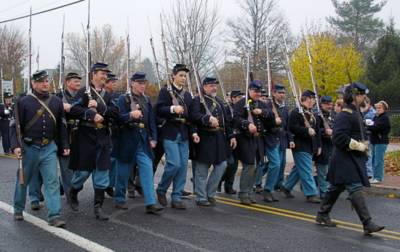 I Love a Parade!

It's a stirring feeling to march down the same streets warring armies fought over 141 years ago. We honor all of them, North and South, on this day at Gettysburg. 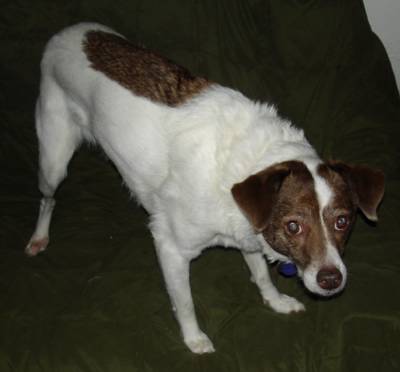 Whadda you mean, I'm not allowed on the couch? 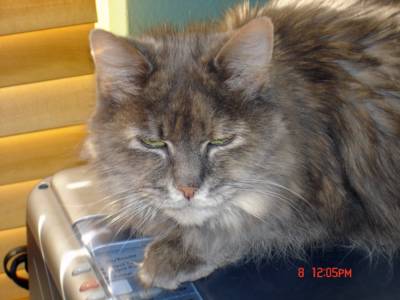 Smokie- "You woke me for this?" 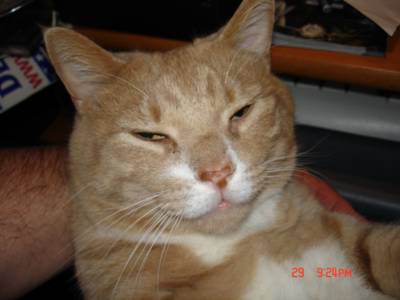