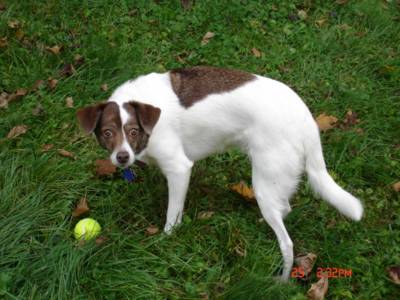 What ever you do, DO NOT mess with Brittany's ball! 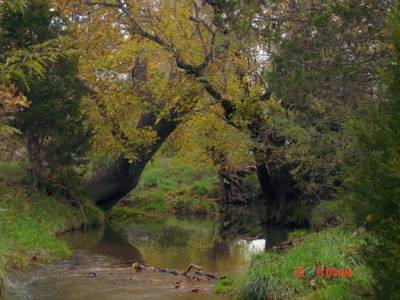 This is the creek just a few yards from where we camped this weekend. As you know, I participated in the Cedar Creek reenactment. We had a great time! Day one we did the Second Battle of Kernstown, which gave the rebs a win, and Sunday was Cedar Creek, which gave us Feds a win! Both battles involved a lot of running away, running back, etc, but was great good fun! Due to all the running, I have no battle action shots, but you should be able to see some in a couple of days on the National Regiment's website. We were treated to a nice concert by Dave Kincaid (also see Haunted Field Music) Saturday night down by my tent. I don't have a set list, but he started with "Young America and Oulde Ireland" and finished with "Red is the Rose." 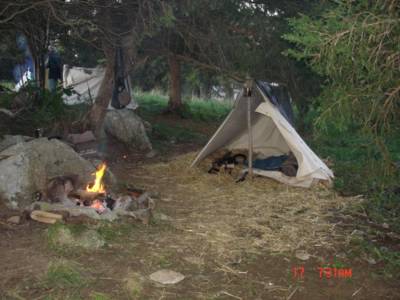 Well, here's where I was living this past weekend. Cozy, isn't it? I'll have plenty o' blogging again tomorrow, and I'll tell you allll about it!

The Wearing of the Wool 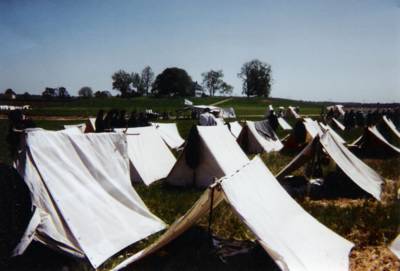 Very light blogging this weekend, at least until Sunday night. I'm headed to Middletown, VA first thing Friday for the Reenactment of the Battle of Cedar Creek. The photo above is from the Spotsylvania reenactment this spring, and shows the NR's camp. I've got the car loaded, and I'm ready to burn some powder! 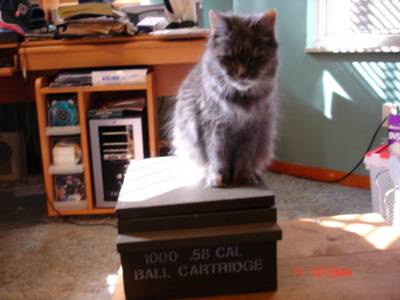 Cover photo for the next issue of "Cat & Cartridge" magazine.

Smokie is making sure the box is secure! Actually, I don't keep ammo in there. It's just a period looking box that I can keep farb stuff in while on a reenactment. Usually contains my gun cleaning supplies and a modern first aid kit.