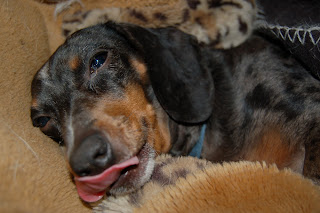 Our other dog, Dusty. Like most dachshunds, she's stubborn, has a voracious appitite, and is intensely loyal. She also has a bad poop eating habit, so you might want to decline if she offers you a kiss. 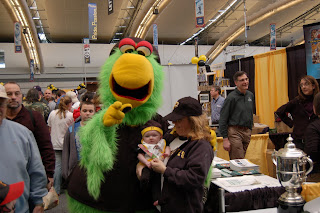 Molly's first Piratefest! I was a bit worried allowing the Parrot to get this close, because he's been known to eat children. 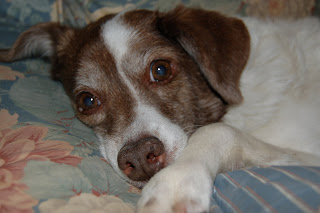 Decided to adopt Mike's numbering system, so Project 365 wont end until 2011 (unless I get bored with it). Here's our old girl, Britty. I got her from Animal Friends in August of 2001, and they estimated at the time that she was around 2 years old, so she's getting long in the tooth. SHe still loves to run in the yeard, but she has a bit of arthritis, and some days she's a little stiff. She also has the remarkable ability to be under foot! 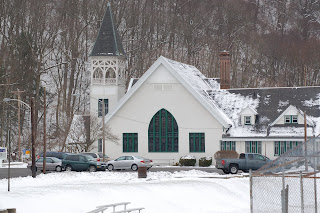 Via Mike over at Comments From Left Field, I found this neat idea, take a different picture every day for a year. Unfortunatly, we're already 28 days into 2010, but better late than never!
So here's my Day 28/365 selection, the Presbyterian church off Rt. 8 in Glenshaw. OK, while I generally don't go into the things, I think churches are very pretty buildings. I've always found this one to be picturesque, although I wish I could find an angle where the utility poles, fences, etc. aren't in the way. Unfortunatly, the road its on doesn't have wide shoulders, so finding a good place to pull off and snap a shot isn't easy. I took this from the library parking lot across the way.
# posted by Ol' Froth : 10:15 PM |

The Dickies - Nights In White Satin

Happy 2010 everybody! We're off to Virginia to visit with the spouse's family.