Number One For Gorilla Crotch!

Wooo! Google "Gorilla Crotch" and this blog is the number one result! Not terribly suprising, given the rarity of the phrase "gorilla crotch." 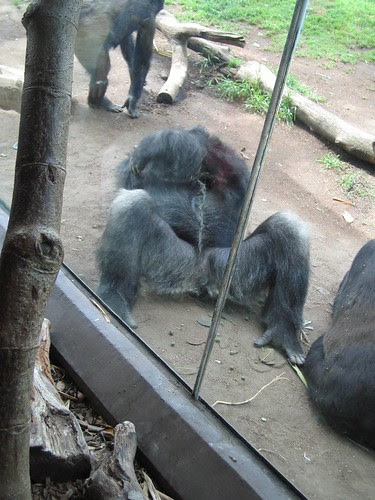 For some inexplicable reason, the phrase "gorilla crotch" popped into my head yesterday. Why? I have no idea, hence the "inexplicable" in the first sentence. While pondering the seeming randomness of this phrase, it occurred to me that it would be a great name for a band! But who has the time (and in my case, talent) for a band these days?

So, I decided to take (read: steal) an idea from Steve over at The Sneeze, and form an on-line imaginary band that anyone can join! So in comments, select your instrument and join the band!

Oh, and you haven't lived until you've heard "Free Bird" played on three basses and drums. 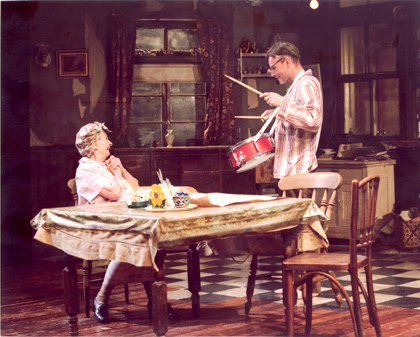 Harold Pinter, praised as the most influential British playwright of his generation and a longtime voice of political protest, has died after a long battle with cancer. He was 78.
Pinter, whose distinctive contribution to the stage was recognized with the Nobel Prize for Literature in 2005, died on Wednesday, according to his second wife, Lady Antonia Fraser.
"Pinter restored theater to its basic elements: an enclosed space and unpredictable dialogue, where people are at the mercy of each other and pretense crumbles," the Nobel Academy said when it announced Pinter's award. "With a minimum of plot, drama emerges from the power struggle and hide-and-seek of interlocution."

We staged quite a bit of Pinter's works while I was in college. I even got to design the lighting when we did "The Birthday Party" on the smaller stage. Still have the light plot around here somewhere.
# posted by Ol' Froth : 12:35 PM |

My Weekend Is Booked! 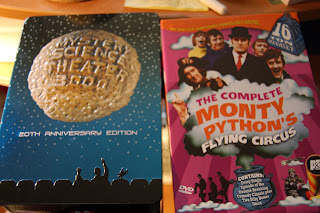 Guess how I'll be spending it!

May you enjoy dinner, may your grievances be fully aired, and may you triumph in the feats of strength! 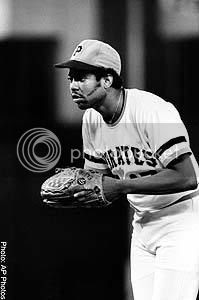 The guy who pitched a no hitter while on LSD has died.

Ellis died in California from a liver ailment, former agent Tom Reich said.
"I've been in this business for 40 years and there was never a more standup guy," Reich said. 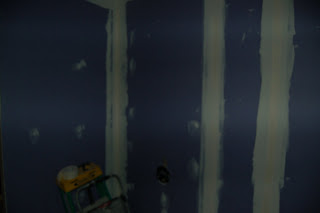 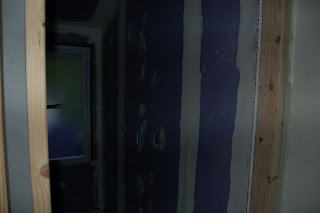 The new bathroom is starting to look like a room! The guys finished up the plumbing and electric, and put up the drywall. Today the new floor is going in, and they'll start putting in the new shower, toilet, vanity, lights and fans later today and tomorrow.

Some parents can be incredible douchbags. (No offense toward actual douchbags intended).

The father of 3-year-old Adolf Hitler Campbell, denied a birthday cake with the child's full name on it by one New Jersey supermarket, is asking for a little tolerance. Heath Campbell and his wife, Deborah, are upset not only with the decision made by the Greenwich ShopRite, but with an outpouring of angry Internet postings in response to a local newspaper article over the weekend on their flare-up over frosting.

They named their kid Adolph Hitler??? While I certainly defend their right to name their child whatever they want, they HAD to anticipate the sort of reaction that name would get. It might be time for them to learn how to bake and frost a cake at home. It gets worse though. Their daughter's name? JoyceLynn Aryan Nation Campbell.

The guys finished up the plumbing today, and installed a new subfloor. Unbeknowst to them, and to us, Tawney managed to get under the floorboards and was sealed in! I didn't realize he was under the floor until about two hours after the guys left. It was then that I heard his pitiful mewing from under the linoleum.

Anyway, we managed to cut away some of the brand new floor joists (damn) and lured him out with a can of tuna. Tawney will be living upstairs with my sister until this project is done! 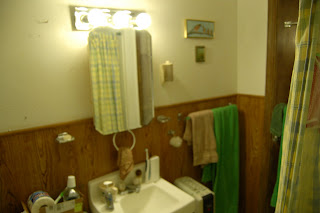 Well, I finally bit the bullet and took out a home improvement loan to get my bathroom and kitchen redone. The contractor is starting with the bathroom, and will do the kitchen after Christmas. He's going to tear the room down to the walls, and rebuild it, as it has all sorts of problems (the biggest, in my opinion is the lack of ventilation). 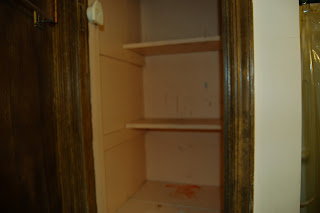 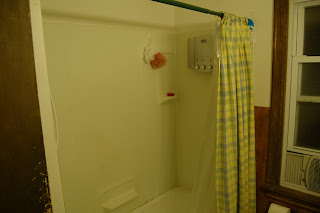 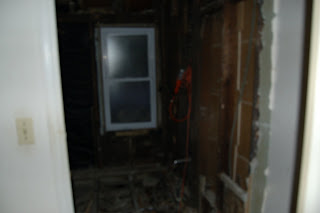 Demolition complete, and time to start rebuilding! Once the guys got the floor up, they discovered just about everything was wrong with the way the bathroom was built. The plumbing is routed badly, floor joists are incomplete or incorrectly placed, the tub was literally too heavy for the floor, and the vent pipe is incorrectly installed. What a mess! They'll be reconfiguring the plumbing today.